When most watch pornography it’s within the privacy of their rooms, bathroom stalls or their side of the bed. It’s exclusive- just you and your device. However, pornography just does not stay between you and your device- it is far-reaching. Mouldering branches of its empty end do not just remain behind the screen- they stretch out to your mind, your future and your community. In this article, we will explore how pornography affects the mind.

Hijacking of the mind

The pornographic film industry has grown over the past few years. From its advent in the 19th century, via the invention of photography and later on in moving imagery, pornography has become a normalised and even a celebrated aspect of modern everyday life. In its varying degrees and mediums, pornography has become increasingly accessible to everyone regardless of age or gender- with a click of a mouse, a change of channel, a turning of a page, an opening of an incognito tab- you’re there.

The relationship between sex and the brain

The human brain is one complex organ. God has taken great care and quite splendidly designed it to be the base of every living thing. It controls our ability to think, see, smell, eat, feel- everything. Our being and quality of life are rooted in our brains. Our brains also control our responses to sex, as one pastor puts it, “our brains are intimately linked to the reality of sexual intercourse”. During sexual intercourse, the body releases a flurry of feel-good hormones, some of the main ones being oxytocin and dopamine. Dopamine is one of the main drivers in creating feelings of pleasure and reward. This hormone acts as an agent of motivation to repeat the behaviours that trigger its release- hence why we constantly repeat activities that give us pleasure. Oxytocin is a powerful hormone that plays an important role in human behaviour and emotion. It is released in high quantities during breastfeeding, labour and sexual intercourse. This is quite significant as the magazine, Insider, puts it, “all these activities are precursors to bonding.”

This hormone lesson may seem to be deeply positive, maybe enjoyable but it paints quite a bleak image when we consider our heavy use of pornography. Our brains are exposed to highly stimulating sexual images that feed our excitement and spark reward and pleasure centres in our brains – most probably resulting in intense peaks of pleasure. Our minds are then trained to repeatedly and lustfully seek for that peak, therefore leading to an increased engagement in watching pornography. However, over time, that peak wears off- leading us to search for more extreme forms of pornography or to indulge in longer periods of viewing porn.

Neural pathways also thrive from frequent use. Pathways that are not used enough will get replaced, by new pathways– this is why when one does not frequently make use of a skill they once had, such as playing the guitar, they eventually forget how to play it at the same level they used to. Hence why the constant use of pornography is very problematic because that pathway that has been formed, is strengthened with every viewing. According to Fight the New Drug, pornography can create such strong long-lasting pathways in the brain, that no other activity can compete with it, including sex with your partner. This leads to the damning conclusion that “constant consumption of pornography can overpower the brains’ ability to have real sex.”

What does this mean for us as Christians?

The brain can be prescribed to be the physical embodiment of our minds. What we consume, we think on. Now, what does that mean for us as Christians?

Our minds were made by God for God. When our minds glory in other things that were designed out of His specific order, we offend Him and that includes pornography. We are called to love God with all our heart, soul and mind. If our minds are not stayed on Him, we stray from Him.

The Bible says, “Do not be conformed to this world, but be transformed by the renewal of your mind”. The renewal of your mind can look like disabling the further growth of the pathways (mentioned above) by putting an end to porn consumption. Many have conquered with the right help. God has not left us to fend for ourselves and fight our sin by our own strength. Healing and deliverance can be instantaneous, or progressive through prayer and fasting. However, healing and deliverance can also look like professional specialised therapy and pastoral counselling. God our Father, uses a wide range of avenues to help His children- because it is Him who works in us to will, to desire, and to act out what pleases Him (Phil 2:13). This is not to say, the fight will be easy. It will be very hard and will require a lot of limb cutting, eye-gouging and leaning not on your own understanding or strength. ( Phil 4:13, Psalm 138:3, Psalm 18:1-2, Prov 3:5-6 and Matt 18:8-9)

We can approach His throne in full confidence that if we ask anything, according to His will- He will surely hear us (1 John 5:14). His will is for us to be holy and sanctified, and that is to stay away from sexual immorality (1 Thess 4:3). He promises us to grant anything we ask in His will, He will surely act accordingly to deliver us, from the sin of pornography that so easily entangles (Heb 2: 1). God hates sin. He made it very clear on the cross, where Christ took the punishment of our sins. Therefore, if He has taken this great measure to deliver us from being slaves to the kingdom of darkness to being slaves to righteousness (Rom 6)- He can surely and mightly deliver us in our fight against the clutches of pornography. Three Things You Should Know About The Cross The Dangers Of Oversharing Online 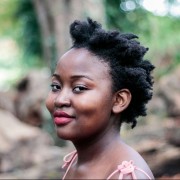 Matidaishe Mupfacha
Outside of spending time with her family, Mati is an editor for OGGM whose heart is to encourage others to love God, His Gospel, and His Word. She enjoys reading, doing her best Fantasia impressions during family karaoke, and watching films.