Even this morning as I began to write this article, my roommate expressed his fear of studying the Trinity. For so many Christians, the Trinity remains a mystery because they are afraid of slipping into heresy. Yet, if the Trinity really is the foundation of the Christian Faith, it should be at the forefront of our minds. My hope for this article is not to provide a defense of the Trinity, but to argue for why we should study it.

Now, let’s be clear, in many ways the Trinity is a mystery because, of course, it is the study of God’s triune nature. Throughout church history, theologians have referred to this inability to fully describe who God is as ineffability. The word “effable” is an adjective that means “able to be described in words.” Contrarily, “ineffable” simply means “too great or amazing to be described in words.” As Christians, we believe that God is ineffable, but we also believe that he has revealed himself through the Word.

In a study conducted by Anchored Passion in 2020, 82% of American Evangelical young adults believe that God exists in three persons, 96% believe that the Son and Spirit were equal to the father, and 95% believe that Jesus was truly man and truly God. Well, it seems like the vast majority of Bible-believing Christians here in the United States have a basic understanding of the Trinity. Despite this, 43% of respondents go so far as to say that there are three different Gods. This shockingly high number demonstrates a widespread lack of clarity around the doctrine of the Trinity.

When studying the Trinity or any theological topic, it can be easy to view it, primarily, as an intellectual exercise. Yet, I want to challenge you to view it as an act of worship. The purpose of studying the Trinity is not to win debates, but to know God. As our knowledge of God increases, our love for Him ought to increase with it.

What Does The Bible Say?

Perhaps much of the confusion around the Trinity exists because the Bible itself does not explicitly use the word “trinity,” yet the doctrine of Biblical trinitarianism is built off of three foundational truths.

First, throughout the Old and New Testament, Judaism and, subsequently, Christianity are constantly put against the polytheism of ancient culture. From Baal to the altar to the unknown God, polytheistic religion was the norm in the culture that the Bible was written in. The Scriptures are clear, Hear, O Israel: The Lord our God, the Lord is one.

Second, the Bible is clear that Jesus is not the same as the Father. While they are both God, the baptism of Jesus, among other passages, teaches us about the importance of the distinction between different persons of the Trinity.

Third, the Bible teaches that the Father, Son, and Spirit, are all truly God. This is evidenced through the story of Ananias and Sapphira and the instance when Jesus, himself claims to be “I AM.”

Now that we have laid a foundation for what the Bible does say about the Trinity, it is important to be aware of three false views of the Trinity that have been popularized and, subsequently, condemned throughout church history.

Where Do We Go From Here?

Understanding the basics of Biblical trinitarianism is essential to understanding who God is. The Trinity is not simply another doctrine about God, but is the foundation and core of the Christian faith. The beginning of the Athananasian Creed goes so far as to argue that you cannot reject this and be saved. Your Spiritual High Will Not Last 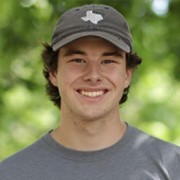 Cole Shiflet
Cole is the Founder and Director of Anchored Passion. He is from Dallas, Texas and is a junior at Samford University in Birmingham, Alabama, studying Journalism and Mass Communication, Greek, and Non-Profit Management. He has written previously for Radical.net, Rooted Ministry, Josh.org, and The Alabama Baptist.