The Plight of the Black Woman

Oluwatoyin Salau. Breonna Taylor. Joy Morgan. What do these names have in common? Over the past few weeks, it feels like the derelict and neglected status of the black woman has finally managed to capture the world’s attention. Yet while the black woman’s plight has only just slightly met the media’s gaze, there still seems to be a veil of invisibility that cloaks dark-skinned black women and their experiences.

When it matters, black women seem to be ignored by the media, they are misplaced, unknown, neglected by society – they have become lost causes, and the media circus only seems to arrive when it is too late. I know there are women, who like myself, are trying their best to fight the cynical thoughts that want to convince us that the current support of the black woman’s cause is simply the fashion of the times and that soon enough, the plight of the dark-skinned black woman will soon fade into its wonted anonymity and alienation.

‘Who cares for little Black girls, Black teens, Black women?’, were the words that resonated from Gabrielle Union as she paid tribute to the murdered 19-year-old black woman and activist Oluwatoyin Salau whose body was discovered a week after she had gone missing, and a week after she had alerted the world of her vulnerability and the danger she was exposed to, while the world failed to pay attention. Yet again. Via a series of, what people now describe as ‘immortalised’ tweets, she detailed her sexual assault by a man she trusted to support her in her displaced lodging condition. Ironically the same timeline that neglected to raise alert to her sexual assault case until it was too late, was set ablaze by the uproar from exhibitions of black women detailing their experiences of sexual assault. The very same timeline, weeks prior, put several UK influencers on trial for their colourist tweets which were unearthed from 6-8 years ago.

While many users thought it necessary to play ‘judge, jury and executioner’ in bid to vindicate black women by cancelling key figures for their colourism and misogynism, the real question is ‘who cares for little Black girls, Black teens and Black women?’ Who cares for them enough to not subject them to comments that demean their physicality, hair and the colour of their skin in the first place? Who cares for them enough to pay attention to their pleas for help when they are sexually assaulted, physically abused, when their lives are put in danger, and to act swiftly before it is too late? Who cares for them enough to pursue rightful justice when they are murdered by police and civilians alike, even when the rest of the world has moved on and forgotten their case? Cancelling people that mistreat black women does nothing but soothe our own sense of self-righteousness. What about the lifetime cause of protecting black women? How many Toyins would still be alive? How many Breonnas would have their killers found guilty? How many Joys would be found and safe at home with their families?

The Reality of The Matter

The reality is we all fall short when it comes to accomplishing justice. Many activists have noted that the ‘Black Lives Matter’ protests highlight the need for fair treatment of black lives, despite centring its focus on the protection of black men, while also ignoring the oppression of  black women who are being silently abused and sexually violated by the very same cohort that insists that ‘black lives have always mattered.’ A justice that is partial is still injustice.

The explanation for our inability to carry out perfect justice is that we are imperfect humans. In much simpler terms, we are sinners. We are predisposed to biases that make our judgment about justice flawed and erroneous. We inherently seek to serve ourselves. Even when we look out for those who are marginalised in our society, we are unconsciously desiring to satisfy our flawed and improper moral compass which is dictated by our own feelings and defective bias.

Even if we wanted to carry out righteous justice for Black Lives in all its capacity by; protecting and ensuring the dignified treatment of black women, bringing police brutality and racial injustice to the forefront of our society’s worldview, and compelling the legal and education system to take into account its systematic racism and rebuild its systems – we would still fall short, each and every time. Why? Because apart from Christ we do not know what it means to be perfect. Our failure to be perfect warrants our inability to carry out perfect justice. Who wants perfect justice anyways you might ask? Oluwatoyin. Breonna. Joy. Black women who are dead and soon to be largely forgotten by a world consisting of humans like you and me, who in our inability to carry out perfect justice are instead part of a society that invokes injustice which kills black women such as these. Black women that look like me. Black women who look like someone you call mother, sister, wife or friend.

In John 4, Jesus demonstrates the perfect example of restoring justice on a micro-level when He converses with the depraved Samaritan woman at the well, who is a social pariah in her community. Being a social outcast in the same way that dark-skinned black women have been relegated to, as a double minority in society, we see Jesus choose to engage with her and meet her at a time when no-one else would. At that moment, Jesus not only shows Himself to be an advocate for the oppressed woman but by acknowledging and respecting her as a woman made in the Imago Dei (God’s image and likeness). Despite the social and moral stigma attached to her past and her identity, He proves to do more to support the cause of the marginalized woman than a lot of us would do in the 21st century.

However, this is simply microcosmic in terms of how He is the author of perfect justice in our humanity. Unlike us, who are only physically capable of restoring justice to a certain measure, Christ is able to provide total reformative justice by transforming one place that the whole of humanity is unable to reach. The heart. Although the Samaritan woman has been sinned against by the unjust treatment of her society, she, herself is a sinner and has made mistakes in her past. As we all have. The Bible tells us in Romans 3:23 – ‘all have sinned and have fallen short of the glory of God.’ We have all fallen short, and that makes us, as well as the Samaritan woman, perfect candidates for a Redeemer. We all need Jesus to give us His ‘living water’ (John 4:10). The living water that Jesus describes here, symbolises the work of the Holy Spirit which is applied in our hearts because of His redemptive work, His death on the cross and resurrection. This work in our hearts both completely satisfies our needs as well as gives us new desires, and pure motives to live by.

It is not just the police who kill our black men and women or the men in our society who endanger and abuse and sexually assault our women, who are in need of Jesus to give them new hearts, new desires and new motives; it’s all of us who need a redemptive transformation. None of us are innocent. We have all lied, stolen, decided to mind our own business or failed to act, and in some shape or form contributed in various measures to the injustice we see in our society, whether big or small. We have all sinned at some point in our lives because we are inherently wired to break the perfect commandments and moral principles, designed by God, making us sinful by nature.

Until the whole of humanity comes to accept their need for Jesus and His ‘Living Water’ to change their hearts, the world will not witness the complete reformative justice that it longs to see. As Christians, our job is to cling to this truth and ardently preach the Gospel of God’s redemptive power through Christ alone. Until Jesus returns and complete justice is restored, let us not waver in our faith but encourage ourselves and others with the Gospel in the face of the injustices that we see. 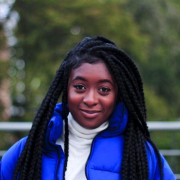 How Should Christians Respond To False Teaching?