We are in the world

To reach the people of the world, we may have to enter the places we would not usually go. In 1 Corinthians 9:22, Paul says he has become all things to all people so that he might save them. Even so, Paul never allowed himself to be pressured into living or behaving contradictory to what he believed. People will often ask us to do things that go against what we believe and at times, what they ask from us can be appealing, seem easy and appear to be without consequences. However, we must remember that though we are in the world, we are not of the world, just as Jesus is not of the world (Jn. 17:14).

You may be thinking then what is the point? The point is to show there is a better way – the way, the truth, and the life (Jn. 14:6). Jesus Christ, who came to this earth, not of the world but in it, as we are. He displayed exactly how to live and we are blessed to have His example in the Word. The Word became flesh and dwelt among us (Jn. 1:14) so we could see that living in this world is possible. It is not easy, but attainable. Jesus said in this world we will have trouble but to take heart, He has overcome the world (Jn. 16:33). He has overcome. Our hope is a saviour who overcame the pressures of life for our sake.

We are not of the world

The pressures of the world may not appear as obvious and the compromises we make do not often seem damaging. In fact, sometimes the offer is not appealing to us yet the pressure is high – our friends ask us to lie to our parents about our whereabouts, we indulge in something we don’t particularly like to avoid looking different. We choose the path of least resistance to fit in. Whatever it may be, in the world we can face pressure that causes us to compromise or go against our beliefs. And when we do not conform, we risk being ostracised or looked at differently.

Nonetheless, we should remain steadfast in our choices to stand for our faith. When we defy the norms and customs created by the society around us to live according to the word of God, we will most likely experience resistance. People will not understand why we choose to live how we do or make our decisions and they will try to push us to conform but we must not be afraid. We have a choice to make when we are pressured. Will we choose Jesus or the world?

For whoever desires to save his life will lose it, but whoever loses his life for My sake and the gospel will save it. For What will it profit a man to gain the world but lose his soul

Living in but not of the world

In the book of Daniel during the exile and captivity of the children of Israel by King Nebuchadnezzar in Babylon, we are introduced to Daniel and his friends Hananiah, Mishael and Azariah. These young healthy men and many others were taken to a foreign land with foreign customs to serve in the King’s palace. They were to be given the Kings delicacies and wine then trained to serve before him. However, Daniel and his friends had purposed to not defile themselves with the King’s food and wine. Thankfully, in spite of their choice, they received favour from one of the Kings guards who allowed them to request the type of food they would eat. They made a deal to eat only vegetables and drink water for 10 days (Daniel 1:11-21) while many of their peers enjoyed what the King offered.

Later in the book, in another situation, King Nebuchadnezzar creates a statue of himself and commands everyone to bow down before it (Daniel 3:1-7). The young men refuse to obey the King and the punishment for this defiance is to be thrown into a fiery furnace heated seven times hotter than usual (vs.15,19). Coincidentally, the person who heated the furnace perished but the young men did not. They were unsinged and a fourth figure was revealed to be in the furnace with them which the King saw.

Look, he answered I see four men loose, walking in the midst of the fire and they are not hurt and the form of the fourth is like the Son of God!

Despite the pressures to go against their belief system, Daniel and his friends were obedient to God over the King of the land who seemed to have their lives in his hands.  And at this moment, the young men, by not being conformed to the world proved what was the good and perfect will of God (Rom. 12:2).

Lessons we can learn from this story

You Don’t Have To Have The Answer To Every Question 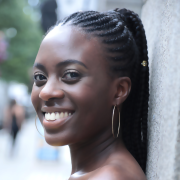