Ephesians 6:16 – Above all, taking the shield of faith wherewith we shall be able to quench all the fiery darts of the wicked.

If there’s one thing I’ve learnt in the course of my spiritual growth, it’s that God answers prayers before they manifest physically. However, in between the space where you are and where the answer to your prayer is, some forces (adversaries) stand to fight the manifestation of God’s promises and that’s why God admonishes us to fight the good fight of FAITH that we may obtain the promise.

We need faith for our  promises to be delivered. David’s answer to his prayer was delivered from day 1 of his fast (Daniel 10:13) but until the 21st day, adversaries resisted. Hezekaih was many things, a consecrated servant, a prosperous man, a staunch servant of the Lord and the list goes on… BUT he wasn’t a man of faith. After he cried out to God and God sent a prophet to declare his healing to him, he still asked for a sign. If God speaks a word to you, you shouldn’t doubt it but believe him totally like Abraham did for only then will you obtain. Otherwise you’d be found wanting… wanting short cuts, wanting signs upon signs, wanting help from men, wanting prophets and other gods and those never end well. Abraham had no child neither did he have prior knowledge of God but God told him to move and guess what he did… HE MOVED (Hebrews 11:8). No questions, No hesitations… he just MOVED. It would take a move of faith to see a move of God in various aspects of your life and sometimes the move has to be unconventional because our God is an unconventional God. He makes pronouncements not based on your power or what’s obtainable or the situation of your country but according to his CAPACITY!

Being the only one to get married and have children in a family where no one does because of generational curses and all of that stuff is UNCONVENTIONAL, Being the only one to be taken for a job where millions of better qualified men applied is UNCONVENTIONAL For you to see the unconventional, you must be able to carry out God’s unconventional instructions. Noah started to build a big ark when there was no rain (Hebrews 11:7). He looked like a fool UNTIL it began to rain… I can only imagine the scampering and disappointed looks on the faces of those who didn’t make it in. Abraham eventually had a son at the age of 99 and was asked by God to sacrifice his Isaac! and he was more than willing.. (Hebrews 11:17) . No wonder he took delivery of all of God’s promises which still manifests till today. Little wonder his faith was counted for him as righteousness.

Sometimes our breakthrough is delayed is not because of evil men or because we haven’t prayed enough. It’s simply because our faith is not in place. The lame man at the pool of Bethseida was there for so long because his faith couldn’t carry him. He wasn’t sure he would walk after he jumped into the pool otherwise he would have thrown himself in there before others. As a result he had to be there for 38 whole years until Jesus healed him. My own analogy of the mustard seed faith is this: The mustard seed is little but had the faith that it could grow into something so big (The Mustard Tree) and so it started to sprout (Do it’s own part) and God did the rest. Our faith shouldn’t waver or be conditional but should be able to quench all fiery darts of the devil. Only then will we take delivery of our breakthrough.

How long do I have to wait? Next post 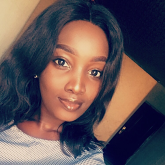 Ekomobong’s basically a lady chasing after God’s heart in the 21st Century. An entrepreneur/Civil servant saved by his grace. She believes being a Saved Christian is the best thing that could happen to humanity and really does hope the articles you read on here brings you comfort, peace and draws you a lot closer to God. God does not ‘exist’. The Kingdom of God: Here and Now!

Discussions concerning the Kingdom of God commonly revolve around eschatological debate. Questions such as…

God does not ‘exist’.

The Kingdom of God: Here and Now! Does God predestine people to go to Hell?