Cancel culture has had a huge impact on our generation. Authors, Influencers, Celebrities, basically
anyone who is in the public eye has probably had a stint with nearly or undeniably being cancelled.
More recently, we saw many attempt to ‘cancel’ Molly Mae for her comments on the fact we all
have the same 24 hours. It is clear that many in our generation believe they have a moral high
ground over people who are in the public eye and it is their right to enforce it. This article question
how true that is and as Christians what should our response be to cancel culture?

The Nature of Cancel Culture

Firstly, this article does not attempt to deny the need for accountability. In the bible Jesus instructs
us that “if anyone is caught in any transgression, you who are spiritual should restore him in a spirit
of gentleness” (Galatians 6:1). There is nothing restorative nor gentle about cancel culture. This is
not me saying that people should not be corrected when they do wrong but when we do so we must
do so to provoke a repentant and changed heart, not to emotionally abuse people through our
keyboards or force them into sharing our opinions. Cancel culture is what the bible calls ‘the clanging
cymbal/ resounding gong’ – meaning words not said in love that just cause a lot of irritating noise.
Yes, the person being ‘cancelled’ may have lost a few thousand followers and issued a public apology
but at what cost? Frustration is an inevitable emotion but it is not one that should be laid to rest on
another human.

When we think about the love of Christ we really do not have any right to call ourselves worthy of
cancelling one another. The bible says ‘let he who is without sin cast the first stone’ and immediately
we all realise we are unworthy. It is pride that give us a false superior moral stance and makes us
think we can cancel a whole person. We must Take out the log in your own eye before you talk
about the stick in someone else’s. It is important to ask ourselves what would be the verdict if all the
wrong things we had said about others were brought up. I personally know that I would have no
case to stand.

Instead of engaging with cancel culture here are some way to call out wrong doings.

Be intentional with your language

When calling out people’s wrongs make sure that your language is beneficial and spoken in love not
anger. (Proverbs 18:21)

Does it always have to be public?

In order not to be another voice in an array of abuse, why don’t you try and speak to people in a
more personal way, send a direct message? If your brother sins, go and show him his fault in private
(Matthew 18:15)

Has pride entered the chat?

The bible tells us that pride comes before the fall. (Proverbs 16:18) Pride means seeing yourself as
higher. Be aware that if we looked into your history would you be proud of everything you saw.
Always reflect on your intentions before you comment on someone else’s wrongdoing. Engage the
Holy Spirit and look out for the soft still voice in the midst of the rage and try and hear for the best
way to get your thoughts across.

Remember as Christians we are called to be set apart and not just follow the crowd. We are not called to simply go with flow of culture even when it may appear justified. The bible instructs us to constantly renew our minds and be filled with love not rage.

Don’t Give Up On God 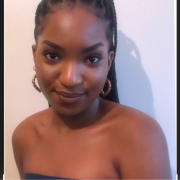 Tobi Oludipe
A daughter of Christ and a candle maker. Tobi is a recent graduate of Politics and International Relations. When she is not working and enjoys reading and drinking fennel tea. She joined the writing team because she is passionate about readers knowing the gospel and the never ending love of Jesus Christ.