In Ephesians 5, we find a very simple instruction given to the married men and women in the Gospel community at Ephesus. This marital counsel begins with a direct address to the women in the fellowship. “Wives, submit to your own husbands, as to the Lord.” [Ephesians 5:22‬]. And therein lies the fundamental word that inspires much rage and resistance. Submission. The mere mention of the word leaves many so seriously seething. But why?

Submission In The World

For many reasons, submission has been somewhat equated to a form of oppression, or relational subjugation. Unfortunately, this common perception is not too far-fetched, for in our world today, the forcible exercise of power and the excessive affirmation of authority on the part of some has been employed to the oppression of others across both social, political and religious spaces. From abusive husbands, to oppressive totalitarian government structures, to repressive religious communities, men have abused their positions of power to force others into a state of ‘submission’ of a kind.

But ‘submission’, as found in these scenarios, is not of the biblical sense. Rather, these instances only highlight the height of human depravity and serve to remind us that we, as human beings, are capable of so much evil in the absence of God, and in the absence of love. The Word of God affirms that the heart is deceitful above all things, and desperately wicked (Jeremiah 17:9). Therefore, the occurrence of abuse, oppression and repression in any human relationship is simply a reminder of the fallen nature of man (Romans 3:23). Thus, the problem we have here is not of submission, but of sin.

Submission In The Word

When Paul called women to the practice of godly submission, he never once suggested that the institution of marriage be treated as a combat sport; for marriage is not a competition, neither the man nor woman competitors. More so, Paul never once implied that submission be used as a metaphorical grappling hold, to force the woman to submit out of either extreme pain or fear of harm, for marriage is not a wrestling match.

But if we are to view submission with a God-lens, by the inspiration of scripture, we find that there is a beauty and a glory in a marriage where the woman gives herself wholly to her husband, her only husband, who loves her as Christ loved the church. If we zoom in to the scripture and explore submission in the word, we find that Paul presents a complementarian view of marriage.

The woman was made of a rib out of the side of Adam; not made out of his head to rule over him, nor out of his feet to be trampled upon by him, but out of his side to be equal with him, under his arm to be protected, and near his heart to be beloved.

No room for confusion

In Ephesians 5, Paul’s marital counsel is first towards the woman. “Wives, submit to your own husbands, as to the Lord.” [Ephesians 5:22‬. And if we pay close attention to Paul’s choice of words, we find that his counsel was quite evidently inspired by the Holy Spirit, in that no room is left for confusion [1 Corinthians 14:33]. It is clear that the instruction was/is not to every woman but the Christian woman; more so the married Christian woman. It is also very clear that the wife’s submission ought to be directed, not to any man, and not to any husband, but her own. Now, with all clarity as to whom, the question then becomes, what does submission look like in a Christian marriage? And how does a woman fully submit herself to her own husband?

In the latter part of verse 22, Paul begins to paint a picture of what biblical submission ought to look like in the life of the Godly, Christian wife. The instruction was closed with a qualifying statement “submit… as to the Lord”, which doubly confirmed that the address was towards God-fearing women only. So, what does submission ‘as to the Lord’ look like? The word submission is derived from the Latin word ‘submissionem’, which is a lowering, letting down; sinking, or ‘submittere’, which is to let down, put down, lower, reduce, and yield.

How do you submit?

With that in mind, submission according to the scriptures is the act of yielding or surrendering your whole self to your husband, as you would to God [Romans 6:13; Ephesians 5:22]. It’s the act of humbling yourself before your husband, having recognised his authority, over you, under God [James 4:10; Ephesians 5:23]. It is giving your body a living sacrifice, that is holy and acceptable, as you would to the King of kings [Romans 12:1; Ephesians 5:24], having recognised that, within marriage, your body is no longer your own [1 Corinthians 7:4]. It is trusting your husband with your whole heart, within reason, as you would trust in the Lord [Proverbs 3:5-6; Ephesians 5:24]. And, it is loving your husband with all your heart, soul and mind as you would the Lord Jesus Christ [Matthew 22:37]. It is offering him dignity, in a manner that recognises him as a representation of Christ in your life, a fellow brother in Christ and as an image-bearer. However, one must realise that your husband is not God and must not take God’s place in your life. Now, if that’s the how, the final question is why? Why must the woman submit to her husband?

What is the purpose of submission?

Well, if all things were made by God and for the glory of God [Colossians 1:16], then that includes the institution of marriage and the family. With that in mind, it is important that we understand the true purpose of marriage, that we may view submission in the context of God’s divine plan for humanity. For marriage was not created to glorify the woman or to simply satisfy the biological needs of the man. Rather, God created the woman out of the bosom of the man [Genesis 2:22], to bring the glory to Himself. God gave man a charge to steward the earth, He put man in the garden to work it and keep it [Genesis 2:15]. But the Lord also observed that man needed a helper, to fulfil this work. And thus, the woman was created [Genesis 18-25]. Likewise, Paul the Apostle paints a picture of how the manner or presence of the woman, more so the wife, can bring glory to God by the practice of biblical submission.

So, if we are to view marriage as an earthly representation of the heavenly marriage that awaits the saints of God in glory [Matt 25:1-8; Revelation 19:7-9], when Christ will to present his bride, to ‘himself as a radiant church, without stain or wrinkle or any other blemish, but holy and blameless’ [Ephesians 5:25-27], then submission will start to make sense. Just as the church submits itself, holy and acceptable to Christ, having recognised His glory and majesty, so ought the godly Christian wife to submit herself to her husband as an expression of worship to God. To honour the husband in godly submission, is to inevitably honour God since the head of every man is Christ, the head of the woman is man, and the head of Christ is God [1 Corinthians 11:3]. To regard this divine order in godly submission is to worship the King of kings Himself.

To read more on biblical submission from the male perspective, click here. 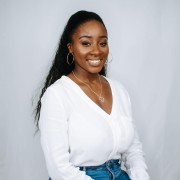 Chiedza Jane Ikpeh
Chiedza Jane Ikpeh is a Zimbabwean-born, and British-raised woman with a heart and passion to shine the light of Christ in all her works. Chiedza is working hard to serve and empower her community through her occupation as an educator, a mentor and founder of the RARA Education Project. Chiedza is involved in several initiatives and organisations, working to promote positive social attitudes towards black identity, black history and black education. Beyond her occupation, Chiedza has a deep desire to use her gifts to share the gospel of Christ through song writing, blog writing and the ministry of worship. Understanding God’s Call for Violence in the Old Testament Are Influencers the New Church for Gen-Z Christians Today?

Five Things To Consider When You Have Doubts Who is Your Allegiance to? Do You Pray for the Persecuted Church?

Understanding God’s Call for Violence in the Old Testament