I confess that I am guilty, at times, of taking my access to the Bible for granted. I don’t often think about how blessed I am to have a Bible in my own language, and not only that but also to have a selection of versions that vary according to readability and communicate the message in slightly different ways.

Bible translation is a subject that is often brought up by those arguing against the reliability of the Bible. In discussions with sceptics, I have frequently encountered the objections that we can’t possibly trust Scripture to be true and infallible when it has been “translated so many times” and “passed through so many hands”, surely it has been “watered down” and we can’t possibly know what the writer actually meant. These views sound plausible at first, but when we closely analyse the lengthy process of Bible translation, we start to see that these arguments against the Bible’s reliability do not hold much weight. So what are the answers to some of these misconceptions?

How do modern translations work?

When scholars are working on a new Bible translation, let’s take for example the English Standard Version which was first published in 2001, it was not a case of simply translating an older English Bible version (in this case the RSV) into a version that is more readable for the modern reader. It involved a large team of over 100 highly experienced scholars, seasoned pastors and theologians reviewing the Masoretic text of the Hebrew Bible, against the English text, and arduously ensuring that they translated as accurately as possible into what we now know as the ESV; whilst using other historical texts such as The Dead Sea Scrolls and The Septuagint as sources of references.

What about the original manuscripts?

Of course, the big elephant in the room in this discussion is the fact that the physical pieces of “paper” which the original writers of biblical texts used have been lost in history. However, these writings were replicated and widely distributed in the few years following their writing. There are 8,500 Greek manuscripts on the New Testament alone and thousands more in other ancient writings. Scholars take these into account as they undertake the enormous task of translation.

“it’s precisely the existence of those thousands of copies, from all over the empire and with all their variations, that allows us to reconstruct with a huge degree of confidence what the originals said.”

This is because rather than contradicting each other, these sources actually fit together like a puzzle to give us a complete picture. Click here to read Gilbert’s full article.

It goes without saying, but before a new translation is published it is thoroughly proof-read and quality checked by experts and linguists in each language.

Something that can be easily overlooked in this discussion, is how God is working throughout the process of Bible translation. God has raised up people who love Him and want to serve Him in this laborious task. These are highly skilled people who are using their gifts to make the riches of God’s word as accessible as possible to everyone – we should have faith that the Spirit is inspiring and working through these people as they carry out this task.

A note about different translations

You often hear people discuss which Bible translation is the most accurate, the most reliable. However, it isn’t that simple. This is because different methods are used for different translations. For example, the New International Version was translated phrase by phrase from the original language (Functional equivalent), rather than word by word (Formal equivalent). Some would describe it as a paraphrase rather than a translation. However, this approach was taken in an attempt to make the text more readable and easier to understand. Although this translation is not as literal as the ESV, which was translated word for word, great care was taken by scholars to try to ensure that it doesn’t lose any of the meaning that the original author intended to get across.

We should seek to continuously thank God for the blessing of having numerous translations. It is really helpful to see how the same passage has been worded differently, and I believe consulting numerous translations during Bible study gives us a fuller picture of what the author is communicating. However, do practice discernment in this regard and look into how the translation was done.

We should also bear in mind that over 255 million people have no Scripture in their own language. There are about 2,200 known languages that remain without a Bible. This is heart-breaking, and something we should be praying regularly. I would recommend checking out Wycliffe Bible Translators for more information about this need.

Do you trust the bible?

“All Scripture is breathed out by God and profitable for teaching, for reproof, for correction, and for training in righteousness.” 2 Timothy 3:16 (ESV)

Every word of your bible is trustworthy, true and breathed out by God. The Bible is the primary way that He chooses to communicate with His children, the writer of the book of Hebrews describes it as “living and active” (4:12). Trust that the God who is faithful in carrying out the Gospel work through the ages, is also faithful in letting the story of His work be faithfully communicated through our Bibles.

Multitudes of people have opposed the bible and the message of Christianity down through the ages, but it has stood the test of time. We can have full confidence and assurance that it is accurate and true. As you open your Bible and start reading, you are letting the precious words of God fill your mind and heart, that’s an indescribable blessing! We would do well to consider that more. I Am Not Always A Happy Christian 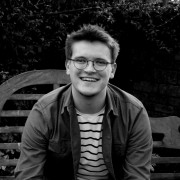 D. W. Brown
Dan is from Northern Ireland, and currently works as a Network Analyst. His job involves travelling all over Europe to inspect internet installations in hotels. He spent a large part of his childhood in West Africa as a missionary kid. He is passionate about theology, and is currently exploring what he feels to be a calling into full-time ministry in the future.